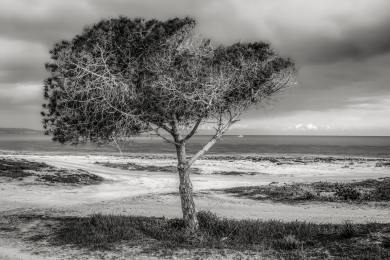 In October 2018, a portrait of Edmond Belamy sold at Christie’s in New York for $432,500, nearly 45 times its maximum estimated price. Nothing that out of the ordinary, perhaps. Except Belamy didn’t exist. He was the fictitious product of the artist’smind – and the mind that created him wasn’t even human.

Signed in the corner by a formula that is part of the algorithm that created it, the portrait was the first artwork made by artificial intelligence brought to auction. There have been many similar seeming breakthroughs in AI creativity. In 2017, an AI wrote a continuation of the Harry Potter books by using machine learning to analyse the first seven volumes of J. K. Rowling’s output. The music for US singer Taryn Southern’s 2018 album I AM AI was bigged up as having been composed and produced entirely by machines. Back in 2016, SACEM, a French professional association in charge of artists’ rights, was the first to acknowledge an algorithm, the Artificial Intelligence Virtual Artist or AIVA, as a composer.

It fits into a common theme that anything we can do, AI can do – and probably better. But it is worth looking under the hood of all these creative outputs to understand how much the machines really are doing, and how much is just hype. Answering the question of whether AI can be creative isn’t easy – and raises fundamental questions about the nature and origins of human creativity. (1)

At the end, computers will understand art.

At the end, AI will create genuine art.

And we will see it.

And we will understand it.

And only then will we understand that there is no art.

Without someone not understanding it…