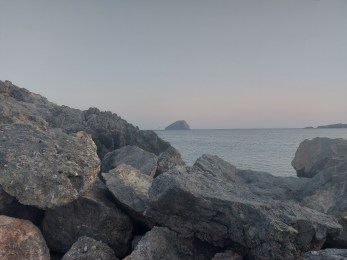 Human Earth – Too crazy? Or too Logical?

Humans and Earth look too much alike. They seem to share the same “organs”, they seem to both be “alive” in a sense. How much do we really resemble Earth?

Take a look at our blood system. Humans have veins, the Earth has its rivers who also circulate all beneficial ingredients of the soil everywhere needed.

Humans have arteries and veins, like a tree has roots via which it is feeding itself. Take a look at how the complex system of a human heart’s circulatory systems looks very much like the root system of a living tree…

In the same way humans breath by using their lungs, the Earth has trees which provide the necessary oxigene for its atmosphere. The analogy might seem somewhat misplaced, but who can really close his eyes in front of such a similarity?

We are humans. Earth is our home. And as much as we are alive, so is Earth. The analogies presented here could be used in many ways. I would call for the most mystical of them all. The one who calls into an inner knowledge we all share but do not dare to speak out, due to fear of being called “crazy”.

Modern biology is not able to provide an exact definition of the simplest term we all share: Life. If we are not able to know what it is that we all seem to “have”, then how can you know that something is “dead” ? Should an organism be as big as we are, or could it be thousand times bigger?

If all in science is a matter of definions and axioms used, then what makes you name something so complicated as Earth as “not alive” ?

Parmenides once upon a time called for the One, of which the presence he felt.

Was he crazy? Or one of the the first great philosophers?