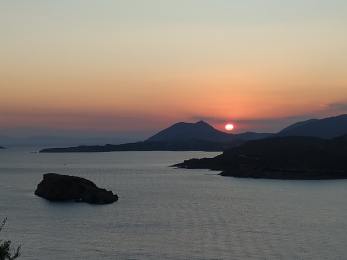 The limits of AI…

A team of mathematicians and AI researchers discovered that despite the seemingly boundless potential of machine learning, even the cleverest algorithms are nonetheless bound by the constraints of mathematics.

Research showed that a machine’s ability to actually learn – called learnability – can be constrained by mathematics that is unprovable. In other words, it’s basically giving an AI an undecidable problem, something that’s impossible for an algorithm to solve with a true-or-false response.

The team investigate a machine learning problem they call ‘estimating the maximum’ (EMX), in which a website seeks to display targeted advertising to the visitors that browse the site most frequently – although it isn’t known in advance which visitors will visit the site. This problem is similar to a mathematical paradox called the continuum hypothesis, another field of investigation for Gödel.

Like the incompleteness theorems, the continuum hypothesis is concerned with mathematics that cannot ever be proved to be true or untrue, and given the conditions of the EMX example, at least, machine learning could hypothetically run into the same perpetual stalemate. (1)

We believe in science.

READ ALSO:  How to Develop a Chess Program for Beginners 2

But the only thing science has proved is that it cannot prove anything.

Now we have built big computers.

With the hope that they will answer everything.

But they cannot answer anything.

Because there is nothing to answer in the first place.

In a limited world there is no reason to analyze the Monad.

In an immeasurable cosmos you cannot count beyond One.

The maximum is zero.

The minimum is infinite.