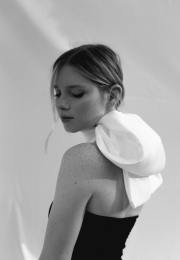 Seeing beyond what you see…

With a new photo-analyzing computer program, a photographer can take a picture of something that’s not even in frame.

The system analyzes light that’s reflected off matte surfaces, such as walls, to discern out-of-sight images, similar to the way a periscope mirror reveals what’s around a corner. Whereas other techniques for spotting out-of-sight objects require expensive, specialist optical equipment (SN: 1/9/16, p. 15), the new program can render a rough, full-color reconstruction of a hidden scene using a single snapshot captured with an ordinary digital camera.

Electrical engineer Vivek Goyal and colleagues at Boston University tested their system by displaying images on an LCD monitor facing a wall. In between the two, the researchers placed an object that blocked some of the light emanating from the monitor, casting shadows on the wall. (In this case, Goyal’s team used a rectangular panel, but an obscuring object of any size or shape would do.)

READ ALSO:  Mapping the genome. The illusion of “dimensions”…

Both the light that reaches the wall and the shadowing created by the intervening object contain clues about the LCD display. And the program is able to reconstruct the image with very good accuracy. (1)

Seeing beyond what we can see.

That is the only way to see that we do not see nothing else but… everything.

The cosmos is One. Casting shadows everywhere.

Take a close look and you will see the light.

In the shadow of that bird.

In the shadow of the child playing.

Your whole life is a shadow.

Cast by being under the false sun of existence…

Take a close look and you will see the light.

Not outside of the shadow.