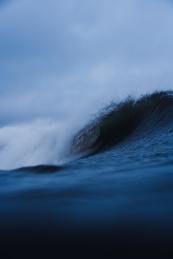 It sounds like an old-school vinyl record, but the distinctive crackle in the music streamed into Chris Holloway’s laboratory is atomic in origin. The group at the National Institute for Standards and Technology, Boulder, Colorado, spent a long six years finding a way to directly measure electric fields using atoms, so who can blame them for then having a little fun with their new technology?

“My vision is to cut a CD in the lab – our studio – at some point and have the first CD recorded with Rydberg atoms,” said Holloway. While he doesn’t expect the atomic-recording’s lower sound quality to replace digital music recordings, the team of research scientists is considering how this “entertaining” example of atomic sensing could be applied in communication devices of the future.

“Atom-based antennas might give us a better way of picking up audio data in the presence of noise, potentially even the very weak signals transmitted in deep space communications,” said Holloway, who describes his atomic receiver in AIP Advances, from AIP Publishing.

READ ALSO:  Will I die? Who are YOU? Highlander?

The atoms in question – Rydberg atoms – are atoms excited by lasers into a high energy state that responds in a measurable way to radio waves (an electric field). After figuring out how to measure electric field strength using the Rydberg atoms, Holloway said it was a relatively simple step to apply the same atoms to record and play back music – starting with Holloway’s own guitar improvisations in A minor. (1)

Trying to reach the end.

By thinking as if there is no end…

Watch yourself on the calm water.

The sun is setting low now…

A small bird touches the water.

A mother is born.

Waiting for the rain.

A cosmos rising into existence…