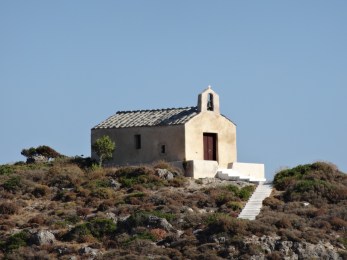 Researchers from UNIGE and the University of Bourgogne Franche-Comté tested the degree to which our worldly knowledge and perspective interferes with mathematical reasoning by presenting twelve problems to two distinct groups. The first group consisted of adults who had taken a standard university course, while the second was composed of high-level mathematicians.

When faced with numbers, we tend to represent them mentally either as sets or as values on axes. “We devised six 5th grade subtraction problems (i.e. for pupils aged 10-11) that could be represented by sets, and six others that could be represented by axes,” begins Emmanuel Sander, an FPSE professor. “But all of them had exactly the same mathematical structure, the same numerical values and the same solution. Only the context was different.” Half of the problems involved elements that can be grouped together as sets (e.g. calculating the number of animals in a pack). For example: “Sarah has 14 animals: cats and dogs. Mehdi has two cats fewer than Sarah, and as many dogs. How many animals does Mehdi have?” The second type of problems involved elements that can be represented along a horizontal or vertical axis (e.g. calculate how tall a Smurf is). For example: “When Lazy Smurf climbs onto a table, he attains 14 cm. Grumpy Smurf is 2 cm shorter than Lazy Smurf, and he climbs onto the same table. What height does Grumpy Smurf attain.”

These problems can all be solved via a simple subtraction. “This is instinctive for the problems represented on an axis (14 – 2 = 12, in the case of the Smurfs) but we need to change perspective for the problems describing sets. For instance, in the problem with animals, we look to calculate the number of dogs that Sarah has, which is impossible, whereas the calculation 14 – 2 = 12 provides the solution directly,” explains Jean-Pierre Thibaut, a researcher at the University of Bourgogne Franche-Comté. The scientists relied on the fact that the answer would be more difficult to find for the animal problems than the Smurf problems, despite their shared mathematical structure.

The results were astonishing. In the non-expert adult group, 82% answered correctly for the axis problems, compared to only 47% for the problems involving sets. Regarding the expert mathematicians, 95% answered correctly for the axis problems, a rate that dropped to only 76% for the sets problems! “One out of four times, the experts thought there was no solution to the problem even though it was of primary school level! And we even showed that the participants who found the solution to the set problems were still influenced by their set-based outlook, because they were slower to solve these problems than the axis problems,” continues the Geneva-based researcher.

The results highlight the critical impact our knowledge about the world has on our ability to use mathematical reasoning. They show that it is not easy to change perspective when solving a problem. (1)

And at the end you will stop thinking.

And at the end you will forget what you knew.

Once upon a time you knew how to divide numbers.

But then you tried to learn how to multiply.

Once upon a time you knew how to subtract numbers.

But then you tried to learn how to add.

Once upon a time you knew how to count.

But then you decided to learn how numbers are.

Once upon a time you knew how to draw a circle.

But then you tried to learn how to make a rectangle.

New knowledge constantly added. Only because future knowledge comes. Our constant thirst for new discoveries drives our way through the realms of science. And as we move on, the new knowledge only adds to our ignorance. And the knowledge that has yet to come justifies the knowledge we currently get and clarify.

We have created math to describe the cosmos. But from the moment we started counting the world started laughing. For what is to be known will never be. The veil of mystery for the true meaning of existence is not lifted up with what we do. With every question and every equation we do not tear up that veil in order to see behind it. We are just weaving on it. And it will soon be complete opaque.

In a vicious circle of endless thinking, we can only think of moving forward. But only because we have already been at the end.

Yes, we did first learn to add and then to subtract.

But only because subtraction is addition.

In the same way addition is subtraction.

There is nothing new to learn besides the things you have already learned.

And at the end, when all mathematical operations, have been completed.

You will see zero on both sides of the equation.

And you will remember smiling…

That this is where you started crying…