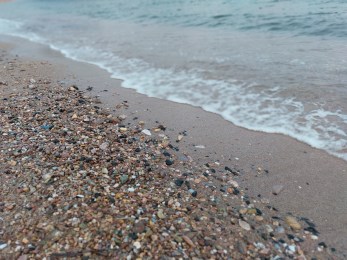 Elusive motion… Only if still moving…

In temperatures millions of times colder than interstellar space, researchers have performed the coldest reaction in the known universe. But that’s not all. In such intense cold, their molecules slowed to such glacial speeds, they could see something no one has been able to see before: the moment when two molecules meet to form two new molecules. In essence, they captured a chemical reaction in its most critical and elusive act. (1)

And so we captured motion.

So slow that it is barely visible.

And yet, still visible.

Could we slow down that motion even more?

Up to the point of having no motion at all?

Up to the point of having everything standing still?

Watch out for Achilles.

What you are really watching?

Flip the cosmos upside down.

And you will see it upside down!

A cosmos warming up.

The more it moves, the better you can see it moving.

What if it stands still?

Can you see what you cannot see?