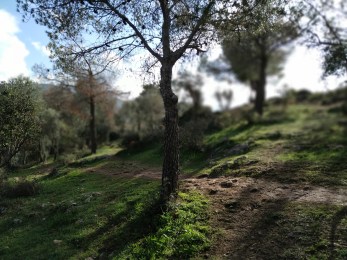 Why did we start farming? The quest for answers in a harsh cosmos…

The reason that humans shifted away from hunting and gathering, and to agriculture – a much more labor-intensive process – has always been a riddle. “A lot of evidence suggests domestication and agriculture doesn’t make much sense,” says Elic Weitzel, a Ph.D. student in UConn’s department of anthropology. “Hunter-gatherers are sometimes working fewer hours a day, their health is better, and their diets are more varied, so why would anyone switch over and start farming?”

Weitzel sought to get to the root of the shift in his new paper in American Antiquity, by looking at one area of the world, the Eastern United States. In a nutshell, he looked for evidence to support either of two popular theories.

One theory posits that in times of plenty there may have been more time to start dabbling in the domestication of plants like squash and sunflowers. The other theory argues that domestication may have happened out of need to supplement diets when times were not as good. As the human population grew, perhaps resources shifted due to reasons such as over-exploitation of resources or a changing climate. “Was there some imbalance between resources and the human populations that lead to domestication?”

READ ALSO:  A deaf kid. A loving mother. A smile.

Weitzel tested both hypotheses. And the findings are… mixed. Despite the mixed results though, the findings supporting domestication happening in times when there was less than an ideal amount of food are significant, says Weitzel. (1)

Man moves on no matter what.

Lighting up fires, because we are afraid of the dark.

Staying together because we are afraid being alone.

Have we really moved on?

Are we any different now than then?

At the end, we just want to live.

Trapped in the same mindset from the beginning.

As all animals, trying to pass over our genes.

Except some people who…

People who see something different beyond the looking glass of reality.

These people do not hunt, nor farm.

Sitting by the edge of the abyss.

For they will soon meet…