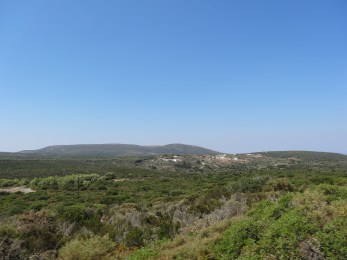 Santa Claus exists. And tooth fairies. And mermaids. Oh, and so do you…

Small children believe in Santa Claus. They are thrilled when the presents arrive and even try to find proof that he exists by placing cookies for the saint to eat along with a glass of milk…

But we are grown ups. We know that he doesn’t exist.

And we all struggle and question ourselves. Should we let them be? Should we perpetuate the lie or should we inform our children that he is just a fantasy, along with fairies and unicorns?

Such a wrong dilemma.

Rational people tied up into the chains that they created.

Could we be more wrong?

I could also go into more extreme arguments, like the quantum superposition argument. One can read here an interesting article on how Santa Claus exists and is in fact a macroscopic quantum phenomenon, with its wavefunction collapsing into ‘dad’ when Santa Claus is observed. It is quite amusing to see how our definition of reality and the limited knowledge we have about it can give birth to multiple ideas that question the most common of our beliefs. Do not take this article as an amusement article only. Our knowledge for reality IS limited. Our senses and NOT reliable. We know NOTHING about being or existence per se. As Oscar Wilde once said, the most serious things are said in jokes…

But there is a more fundamental line of thinking that can explain and justify the existence of Santa Claus. As Harmonia Philosophica has tried to explain for years and years, asking the simple questions is the way of true philosophers. And as many of you know, philosophers have been trying to find out answer to the most fundamental questions of humankind but with no success. Many might believe that this means they have failed. But that would be incorrect. For the purpose of true philosophers is not to lead to the truth, but to make it clear that we can know nothing about it. Because such thing as the ‘truth’ does not exist. (Non-thinking is the way towards the cosmos, try to read more in Harmonia Philosophica about it).

So let us re-examine our question.

Aristotle once said that any question contains its answer. So true. “Does Santa Claus exist?”. A phenomenally simple and innocent question that is loaded with so many beliefs and so much dogmatism. A question saying so many things about the people who ask it. It implies that we know about existence. It implies that we know who and what exists and what does not. It implies that non-existence is also… existent. Last but certainly not least, by asking about the existence of Santa Claus we clearly imply that he might not exist. We wouldn’t be asking for the existence of our self for example, would we?

Let me ask another thing though.

READ ALSO:  The tower, self-assembly, Self…

Foolish question it seems. But not so foolish after careful consideration. How do I know you are there? Perhaps because of some undeniable proof? Should I take your word for it? Why should I believe you are a human and not a perfectly programmed robot? How could I know you are saying what you say because of your own free will and not because your cells are programmed to do so? Could you convince me your are not a zombie? (The Zombie argument is a cool argument by the way for the existence or non-existence of consciousness)

Mermaids exist. They just hide beneath rocks when we look for them…

What is more, what IS existence? What does it mean to exist? Philosophers for thousands of years have not solved that problem, so how could you even consider saying that you exist? What IS Being? The greatest philosophers of all times failed to give an answer. So how could you be so arrogant to claim that you “are” and others not? What IS reality? Who can claim that he or she has access to that magical thing called ‘reality’ without discarding thousands of years of philosophy trying and failing to find out what that thing is? Even for the phenomena we observe, the surface of the ocean we swim in, our senses and science can only explain a minor fraction of that world; let alone things that lie beyond our senses. So what makes you so arrogant as to ask such a dramatic question?

Santa Claus exists for children for exactly the same reasons!

This is not a shallow trick-argument to solve the problem. No. As already mentioned above, our total lack of knowledge regarding what existence and being are is totally true. Our total inability to know what ‘reality’ is also is something totally true. What we really KNOW are the things we have immediate experience of. Our existence. Our thoughts. Our consciousness. A peach we eat. A lonely summer night. The love of our parents that are here. Santa Claus bringing gifts which we sleep…

And because of that, truer that anything can ever be.

You see, magic in life is something we forgot. And yet, it still drives our destiny.

But we got carried away. And again we forgot the simple question we started with. “What about you?” we asked. Tell me my child, do you exist? How do you know? More importantly. How do I know? All my science, all my knowledge, all my philosophy cry out loud that I could never be certain for the existence of anyone else than me. And yet, I am certain for your existence. More than I am certain about my own!

It is not Santa Claus that is magic.

It was never a question of whether he existed.

It is all about you my child.

It was about you from the beginning.

Believing in good in a place full of evil. Loving and caring without expecting anything in return.

Now go get your presents.

Santa was here while you were asleep…