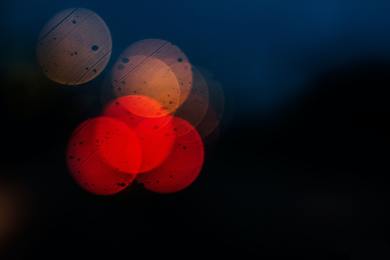 Computers can master some tasks—like playing a game of Go—through trial and error. But what works for a game doesn’t work for risky real-world tasks like driving a car, where “losing” might involve a high-speed collision. To drive safely, humans have an exquisite feedback system: our fight-or-flight response, in which physiological reactions like a rapid heart rate and sweaty palms signal “fear,” and so keep us vigilant and, theoretically, out of trouble. Now, researchers at Microsoft are giving artificial intelligence (AI) programs a rough analog of anxiety to help them sense when they’re pushing their luck.

The scientists placed sensors on people’s fingers to record pulse amplitude while they were in a driving simulator, as a measure of arousal. An algorithm used those recordings—80 minutes divided among four people—to learn to predict an average person’s pulse amplitude at each moment on the course. It then used those “fear” signals as a guide while learning to drive through the virtual world: If a human would be scared here, it might muse, “I’m doing something wrong.” AIs using this method still had to crash to learn safe driving skills, but they required 25% fewer crashes to reach the same level of performance as a nonfearful AI, the researchers reported this week at the International Conference on Learning Representations here. (1)

Fear pushes one forward (or backwards)

So stubborn are we.

Full of fear. And yet, moving!

Believing that we achieve something.

That we overcome our self.

(Can you overcome your self?)

Refusing to acknowledge that what we fear is not moving.

Look. You are walking…