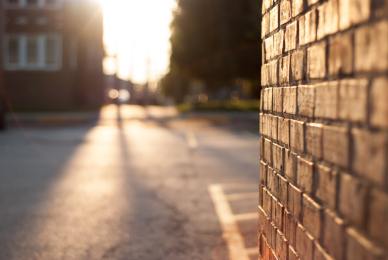 Researchers presented 20 blind and 20 sighted adults with animal names and asked participants to: order animals by size and height; sort animals into groups based on shape, skin texture and color; pick which animal out of a group is unlike the others in shape, and choose from various texture options (“Does a hippo have feathers, fur, skin or scales?”).

Overall, blind and sighted participants organized animals in similar ways and agreed on which physical features were most likely to be observed within animal groups. Contrary to the idea that blind people learn about animal appearance from sighted people’s descriptions of what animals look like, blind and sighted participants disagreed most about the dimension that was easiest for sighted people to describe in words: animal color. Sighted participants created groups for white, pink, black, black and white, brown and grey animals, and they easily labeled these groups, but had a hard time verbally describing their shape groupings. Blind people created similar shape groups to the sighted but did not make consistent color groups.

The researchers found that to deduce what animals looked like, blind people relied on similar biological classifications, but such inference works less well for color because many very different animals are white (e.g., swans, polar bears and sheep).

The main conclusion is that blind people develop rich and accurate ideas about appearance based on inference. ”What the findings show is that linguistic communication can give us rich and accurate knowledge, even knowledge that at first glance seems ‘visual.’” says Marina Bedny, Assistant Professor of Psychological and Brain Sciences at Johns Hopkins and another author on the paper. (1)

What you think is what you see.

What you hear is what you think.

The same way that what you see is what you think.

Look too much at the cosmos and you will stop listening.

Listen carefully and you will stop seeing.

There is balance is the cosmos.

And this balance can only be sensed by those who have no balance.

There is chaos in the world.

And this chaos can only be seen by those who see no order anywhere.

On the edges of existence, people standing still.

In the center of being, blind people dancing…

Don’t you see? Everything is black!