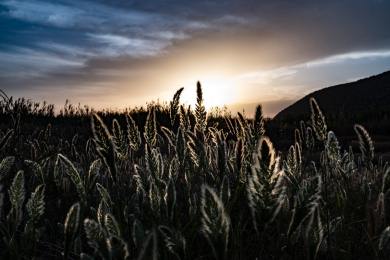 Published online by the journal Science on June 14, the study addressed “working memory,” the temporary activation of brain cells that happens as we tour a new neighborhood, for instance, and remember our way around later that day.

Led by researchers at NYU School of Medicine, the new study finds that signals created by brain cells (neurons) — called sharp wave ripples — are longer by tens of milliseconds and capture more information when an animal is learning about a new place than when in a familiar setting.

When the research team artificially doubled the length of the signals involved in memory recall of the best route through a maze, rats with extended ripples were found to be 10-15 percent better at finding a sugary reward than rats without the manipulation. (1)

In a fluid cosmos.

The past is not carved in stone.

The sea is calm now.

But watch closely and you will notice…

There is blood in the water.

Throw a stone in. And everything will go away…

Wait. And the cosmos will explode.

Besides a perfectly calm lake, lingering in the air…