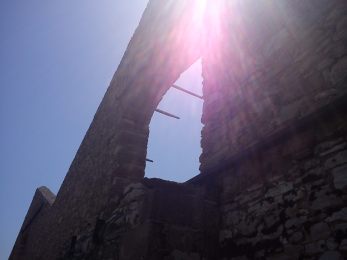 Using machine learning, neural networks, and an old mathematical equation, Randy Paffenroth has developed an algorithm that will significantly enhance the resolution of density scanning systems that are used to detect flaws in carbon nanotube materials.

The algorithm was “trained” on thousands of sets of nanomaterial images and to make it more effective at making a high-resolution image out of a low-resolution image, he combined it with the Fourier Transform, a mathematical tool devised in the early 1800s that can be used to break down an image into its individual components.

“The Fourier Transform makes creating a high-resolution image a much easier problem by breaking down the data that makes up the image. Think of the Fourier Transform as a set of eyeglasses for the neural network. It makes blurry things clear to the algorithm. We’re taking computer vision and virtually putting glasses on it”, said Paffenroth. (1)

We can see better that way.

But even the sharpest image of a tree.

Conveys nothing about the forest…

A forest that is there because of the trees.

Trees we know are there.

We remember those trees.

We once saw those trees.

Casting their shadows during the evening hours.

At a time when we used to stand within a forest.

But never really saw one…

Cause in the midst of the evening.

There was nothing else casting a shadow.

Nothing but our self!