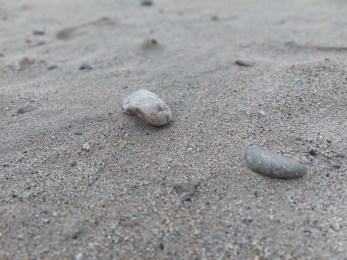 Four coincidences that show there is more in life than what we see… (?)

In science it is often said that one anti-paradigm is enough to refute a theory.

Well, in that case one of the extreme coincidences documented below would be enough to refute our idea that life is ‘just’ what we see…

Without further adieu, let us start.

In the Narrative of Arthur Gordon Pym of Nantucket, Edgar Allan Poe’s only complete novel, there is a shipwreck. Following a mutiny and a monster storm, two heroes of the novel, Augustus and Pym find themselves in charge of the ship’s battered remains, accompanied by just two others, Dirk Peters and Richard Parker. Facing death by starvation, they draw lots to see who will be eaten by the others. Richard Parker loses… But what is the coincidence here? Well, many years after the novel was published, a shipwreck happened. And guess what… They ate a man called… Richard Parker as it was mentioned in the novel! (source)

Coincidence no. 2: The prediction of Titanic

Many decades before the disaster of Titanic, two novels were published that had extreme resemblance to the true story of the Titanic and its sinking. The description of the ship and its sinking are very accurate as well as the reason many passengers drowned (lack of life boats). Not to mention that the name of the boat in one of these novels was… Titan! Or that the author of the other book dies in the shipwreck of the… Titanic many years after he wrote his novel and after living a life during which we was afraid he would drown. (source)

Coincidence no. 3: The church choir

That is one of the most extraordinary examples of coincidences that was mentioned by Carl Jung. In particular, at 7:25pm on Wednesday 1 March 1950 a church was demolished by an explosion in Beatrice. By a weird twist of fate, all fifteen members of the choir who were all supposed to be in the church during the time of the explosion (and who all used to be punctual) were not there. For fifteen different reasons, each one of them were late and, thus, escaped the blast! (source)

READ ALSO:  Staying alive for ever. Being dead long ago. Dying. Being born.

Coincidence no. 4: The dream…

Hall of Fame boxer Sugar Ray Robinson backed out of a fight because he had seen a dream the previous day. He explained the boxing commission that in that dream he stroke his opponent so hard and he killed him, so he did not want to play the match. A priest and a minister managed to convince Ray to fight after all. Ray fought and during the game he hit his opponent like in his dream and, like in his dream, Ray killed the other boxer, Jimmy Doyle. (source)

What does this mean?

I do not know what these coincidences mean. But I do know that they mean something. They could mean that there is something more than what we currently sense in life. They could mean that we have a poor understanding of how the cosmos works behind the scenes. Or, well, they could be just… coincidences highlighting our mania to believe in patterns – thus posing questions about other patterns we see in the world.

Yet, this does not mean that we should not care. The things that are weird and not easily explainable are quite the most interesting things to think of. Scientists not investigating more such coincidences (and there are many more of these – we just selected four for this short article) clearly shows many things. People are usually happy to stay where they are, attach to what they know and build on paths they have already seen in front of them.

In astronomy we used to believe we know almost everything.

Similarly, we should investigate life…