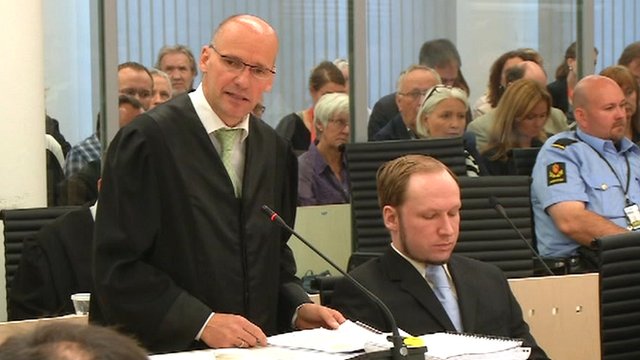 Why society NEEDS to tag murderers “insane” – The Breivik case

Anders Behring Breivik’s defence have told his trial he should be considered sane. Lawyer Geir Lippestad told the court in Norway his client had been driven by extreme politics, while on the same trial the prosecution has called for Breivik to be considered insane [1].

Is that really happening? What is the matter with “progressed” societies? Foucault would be turning over in his grave with this. Insanity as a tool of society to impose rules and codes of conduct…

The dream of every murderer is to be characterized as “insane” so as to be better off with the sentence. However modern Norway cannot let that happen! If you do something different in the “paradise” called Norway, you have no other choice but to “be” insane! Illogical! Out of your mind! It does not matter that naming you insane will lead you better off to a nice psychiatric resort instead of a prison. It does not even matter that you yourself claim that you are perfectly sane and have deliberately planned what you did months before.

READ ALSO:  Going away. Coming back… (Society vs. Love)

You MUST be insane!

So that all the others can remain “sane”…

Read more for the role of psychiatry in modern society at the “The Dictatorship of the science of Psychiatry” article.