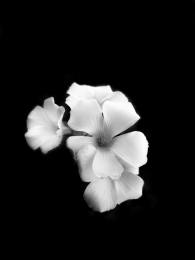 The sea bed in the deep ocean during the Cambrian period was thought to have been inhospitable to animal life because it lacked enough oxygen to sustain it.

But research published in the scientific journal Geology reveals the existence of fossilized worm tunnels dating back to the Cambrian period – 270 million years before the evolution of dinosaurs.

The discovery, by USask professor Brian Pratt, suggested that animal life in the sediment at that time was more widespread than previously thought.

The worm tunnels – borrows where worms lived and munched through the sediment – are invisible to the naked eye. But Pratt “had a hunch” and sliced the rocks and scanned them to see whether they revealed signs of ancient life. Pratt digitally enhanced images of the rock surfaces so he could examine them more closely. Only then did the hidden ‘superhighway’ of burrows made by several different sizes and types of prehistoric worm emerge in the rock. (1)

Under every rock you will find something.

Even when nothing is to be seen.

The cosmos is full of life.

We are not here as its culmination.

But as agents of death.

We are not standing at the peak of existence.

But we bear news of its end.

For only through death can the meaning of existence be revealed.

And it is our mission to reveal its meaning to anyone not able to grasp it.

Look at those bacteria.