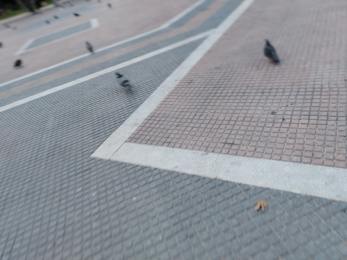 Researchers tried to assess the effect of a new road to the local turtle populations.

“It turns out that turtles liked to hang out (a lot) in fun places like thick patches of greenbrier and multiflora rose,” says Weigand, one of the researchers. “Overall, we found that turtles at both roadless and roadside sites used similar habitats, with high volumes of downed woody debris and thick understory, so our initial hypothesis that the bypass was affecting how turtles selected habitat was not validated”.

However, the researchers discovered something rather puzzling — while many turtles used the open roadside habitat created by the new highway for thermoregulation and nesting, no turtles attempted to cross the road. (1)

And because of that we need to run more! And more!

And adapt! And do more things!

Well, you get the meaning.

But here we are.

And all this time…

A turtle was looking at us in amazement…

“Poor rabbit, why do you run so hard?”

Don’t you know that at the end the turtle will win?