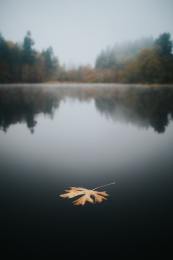 essence, Existence, Geology, Past, Self

Past & Future… The link we do not see…

Ancient rocks provide clues to Earth’s early history: A research team has provided compelling evidence for significant ocean oxygenation before the GOE, on a larger scale and to greater depths than previously recognized. (1)

Looking for the past in rocks. Because we see the history as something solid. Written on stone. Fooled by the phenomena we are. Looking at the surface instead of the essence of things. Everything is interconnected. The past is as volatile as the future. There was a story once, of a Chinese high-ranking official who wanted to be an emperor. He never made it. It is said, that he did not make it because if he did, he would perform atrocious crimes as an emperor in the future. And his future came back to haunt his past. Funny story. As funny as the idea of someone affecting the future, but not being able to affect the past…

Look at you in the mirror.

Are you that person you were ten years ago?

Look again at the mirror.

Did you feel you?

Did you remember yourself?