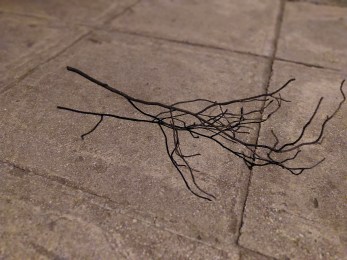 Being, Cosmos, Listening, Past-Future, Self

Time, as far as we know, moves only in one direction. But in 2018, researchers found events in some gamma-ray burst pulses that seemed to repeat themselves as though they were going backwards in time.

Recent research suggests a potential answer for what might be causing this time reversibility effect. If waves within the relativistic jets that produce gamma-ray bursts travel faster than light – at ‘superluminal’ speeds – one of the effects could be time reversibility. (1)

Going back in time.

To speak to our self.

And to warn Him.

That his kids will go astray.

That He should not create the cosmos.

You will never listen to you.

What is here now it was.

What will be has already been.

The past affects the future.

Only because the future had already affected the past.

The only thing that lies being both is Now.

The moment of birth.

The moment of death.

The moment of silence.

Can you hear yourself crying yesterday?

Can you feel yourself smiling tomorrow?

The cosmos should not exist.

And yet it does.

Only because you didn’t listen.

If only you never spoke…